Vickie's and others' books for purchase

GEORGE FROM JINDIVICK: FROM SMALL TOWN FARMER TO BIG CHEESE
by Vickie Janson

"George from Jindivick is a cracking yarn - complete with dynamite! Vickie Janson has cleverly constructed the narrative around the themes of George Ronalds' life. It is at times heartwarming, suspenseful and entertaining. The tale is as authentic and upbeat as the man himself. From the honest work of earthmoving and stump-blowing, to staking it all on a business venture, George's story reveals a boundless enthusiasm. His can-do attitude and spirit of adventure take him from the dairy paddocks of Jindivick to the world stage. Even more compelling than George's accomplishments is the depth of faith, the love of family and commitment to community that drives him. Follow in the gumboot prints of this generous and adventurous entrepreneur, and you'll want to live a little more fully yourself."
-Peter C.T. Wells, award-winning author 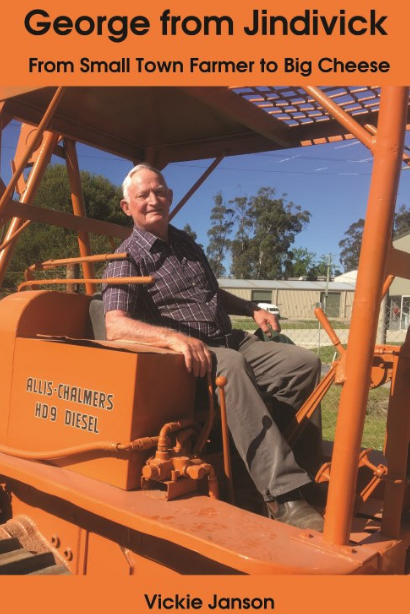 Vickie Janson is a Melbourne author and public speaker who has worked cross-culturally to address sensitive social, cultural and political issues. Vickie and her husband Michael also manage a small business in rural Victoria, with their son Nathan and daughter-in-law Phimchaya (Nam).

George from Jindivick is available in both paperback and hardback.
BUY BOOK

WHICH ISLAM? WHOSE ISLAM? AND OTHER ESSAYS
by Dr Zuhdi Jasser

Dr Zuhdi Jasser founded the American Islamic Forum for Democracy (AIFD) based in Phoenix, Arizona and in 2004 he was one of the founders of the Center for Islamic Pluralism (ACIP). The AIFD supports separation of religion and state, religious pluralism, equality of the sexes, the unconditional recognition of Israel, and the creation of an independent Palestine “on the current occupied territories". The organization rejects terrorism and any justification for it.

In Which Islam? Whose Islam? And Other Essays, Jasser explores the interpretations of Islam and how Muslim reformation can fight Islamism. 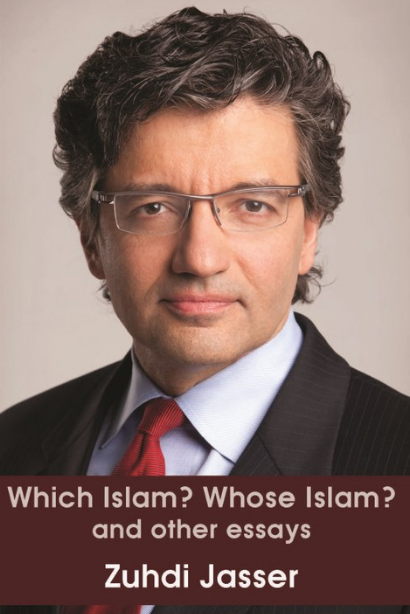 Excerpts from the Book:
"I am no fan of the Saudi, Egyptian, or Emirati dictatorships. But in the global war against Islamism, most roads lead to Qatar first as the primary cancer of global Islamist movements and the Muslim Brotherhood’s networks. Their propaganda vis-à-vis Al Jazeera and other associated global Islamist media outlets and Qatari-purchased think tanks and universities have further operationalised and weaponised the Islamist movement.”

"The debates within the faith of Islam as to the interpretation of what is and what is not Islamic behaviour and theology should be open to every Muslim with equal access. The discourse should always be founded in reason.”
BUY BOOK

THE HIDDEN HALF - WOMEN AND ISLAM
by Stuart Robinson

Almost half of the global population of 7.2 billion people in 2013-14 was estimated to be female. This book is about women. More specifically, it is about women and Islam.

It does not seek to sensationalise the subject matter, although some information may seem that way to any reader exposed to it for the first time. Nor should it be seen as an attempt to moralise about any practices within Islam or how followers of that religion may regard or treat non-Muslim women. It simply records widespread practice and the authoritative religious texts that validate many of these practices.

It also seeks to motivate the reader to engage with Muslims in society so that God’s love can heal and transform their world through practical actions of Christian grace.

What People are Saying:
"Stuart Robinson must be congratulated for giving voice to The Hidden Half. One can only weep at the systemic persecution, humiliation, deprivation, dehumanisation, ludicrous rulings and litany of injustices against those women steeped in this shame and honour culture. These accounts should compel us to speak up and reject the paralysing fear of ‘Islamophobia’ in order to unshackle and assist the brave women represented here. In multicultural Australia, this is a heart wrenching reminder that we must reject sacralising culture when it should be scrutinised." -Vickie Janson

"This book opens a window into Islam’s treatment of women. It is an essential resource for everyone concerned about human rights in our globally connected world." -Dr Mark Durie, Quranic Theology scholar
BUY BOOK

Ideological Jihad was written as an open letter to Waleed Aly in response to his book People Like Us; How Arrogance is Dividing Islam and the West. I believe it's so much more than arrogance or ignorance. Ideological Jihad just means 'struggle of ideas' and is a mixture of personal testimony and comparative theology in the very current and public debate about the so-called clash of civilisations. It primarily addresses the spiritual divide between what can be viewed as the Christian tradition of the West, which encompasses the separation of church and state, and the Islamist tradition which unifies mosque and state. The biggest takeaway is this: religious beliefs have political consequences.

While highlighting the rising Islamisation of Australian society, Ideological Jihad also responds to other issues raised by Mr Aly including secularism, women and Jihad. 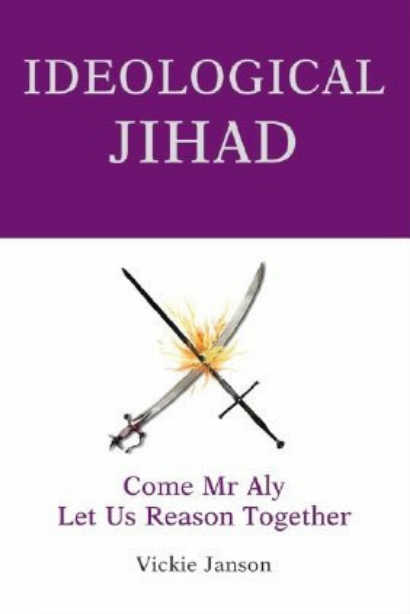 What People are Saying:
"Excellent book. Congratulations and I pray for your continued boldness and courage in the face of expected opposition. God bless." - Jim Seymour

"A sincere, heartfelt and informative study: a must read for every Australian and citizens of Western democracy. Keep on speaking up Vickie." -Adrian Adair

"I can only echo the words of Adrian and Jim above. An excellent book and a must read for those seeking to be informed about the rise of Islam in Australia and why we should be concerned. Keep up the great work Vickie." -Clive Timms
BUY BOOK

A BATTLE FOR THE SOUL OF ISLAM
by Dr Zuhdi Jasser

Among the unsettling social shifts in the wake of 9/11 was the global attention paid to Islam. Here in the United States, we became divided, often sadly along partisan lines, between those who believed every Muslim was a potential threat and those who believed no Muslim could do wrong.

For conservative Wisconsin native and former U.S. Navy Lieutenant Commander Dr. M. Zuhdi Jasser, these radical times meant facing a new reality as a devout Muslim and a patriot—a certain betrayal within his faith, and a need to answer a question that crossed the minds of even the most sensitive and politically correct: “Can a good Muslim be a good American as well?” 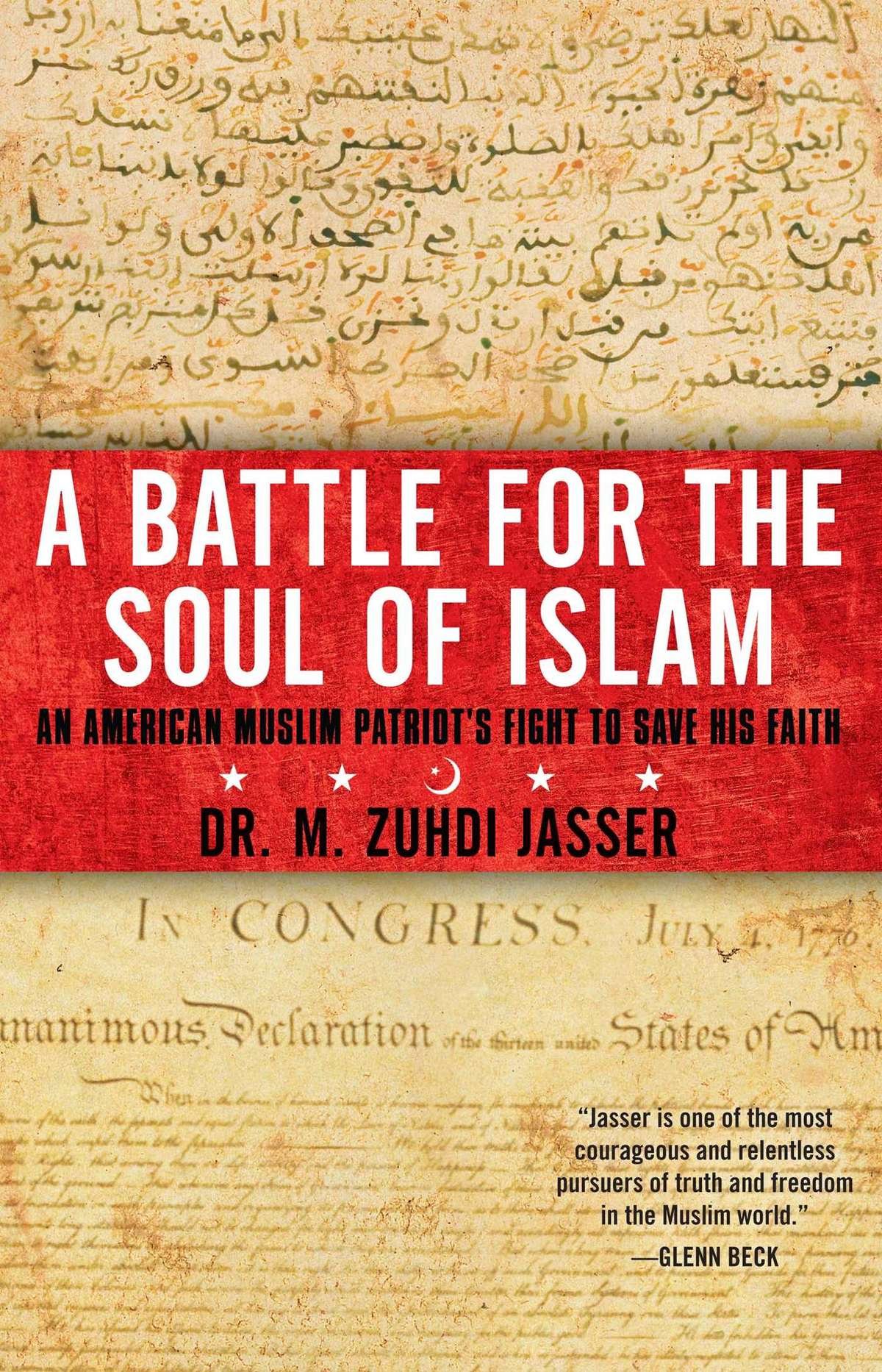 Jasser founded the American Islamic Forum for Democracy (AIFD) to instill in young American Muslims an appreciation for the distinctively positive impact that this nation’s ideals of liberty have had upon the world. As a nationally recognised expert on Muslim radicalisation, he offers non-Muslims a definitive comprehension of the difference between Islam and the spiritual cancer known as Islamism, or political Islam, and how violence and extremism run counter to Islam’s true teachings. As he persuasively argues, until we acknowledge the threat of Islamism in all its forms, the majority of Americans will be gulled into recognising only the most obvious: terrorism.

In A Battle for the Soul of Islam, Jasser embraces both his faith and his country while asking the hard questions.
BUY BOOK
Use left/right arrows to navigate the slideshow or swipe left/right if using a mobile device